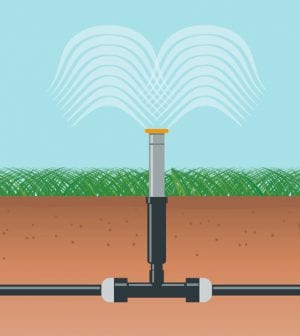 For years in Minnesota, where the global Fortune 100 company is headquartered, 3M has been fending off litigation based on alleged problems caused by perfluorochemicals in ground water. Sometimes short-handed as PFCs, this group of chemicals was used in a wide variety of 3M products, including non-stick cookware, fire-fighting foam and food packaging (with the most persistent of them phased out in 2002). The Minnesota litigation apparently was based on their presence in groundwater and in the Mississippi River as the result of legal dumping by the company itself, as opposed to by consumers using the products, going back to the 1970s. The company’s position was bolstered by Minnesota state health department studies that showed no harmful effects to humans as the result of ingesting the chemical at the concentrations found, which was in the parts per trillion. A state lawsuit taking another tack – alleging harm to the environment – asked for $5 billion in damages, and settled for $350 million. But now, with the matter largely quiescent on its home turf, the company is said to be facing dozens of PFC lawsuits worldwide, some of them on product liability grounds, and it has set aside more than $1 billion to cover potential future liability. Some financial analysts, however, estimate liability as potentially far higher than that – with some as high as $6 billion – and a number of analysts have downgraded the company’s stock on account of it.