A Lesson In Fine Print For Contract Attorneys

Exxon announced its plan to increase oil and gas production in the guise of a commitment to help reduce emissions, writes Emily Atkin, in HEATED. On Dec. 14 the company released its “2025 greenhouse gas reduction plans”, which it claimed are consistent with the goals of the Paris Agreement to stabilize warming at well below 2 degrees Celsius above pre-industrial levels. Not so, says Adkins. The plan isn’t to reduce overall emissions. It is to reduce Exxon’s “emissions intensity,” in other words, to make production of oil less carbon-intensive. It will result in an increase in overall carbon footprint, because Exxon is planning to significantly ramp up production. According to the Financial Times, “Exxon is making a huge bet on oil’s future” by doubling down on output. Adkins labels the company’s climate plan as an attempt to boost its social license, “which oil companies increasingly need as the public becomes more aware of their huge contribution to climate change—a crisis which is projected to cause massive human suffering, economic damage, and ecological collapse if not urgently addressed.” 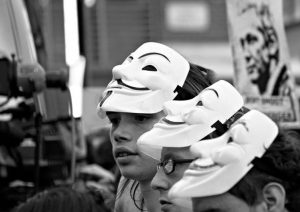