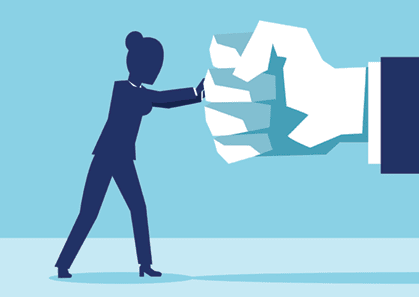 The authors, co-founders of a woman-owned and operated firm, note that while women-owned businesses comprise almost 40 percent of privately owned businesses in the United States, and more women attend law school than men, the legal industry still has a gender imbalance when it comes to who has a seat at the table. Their goal in founding the firm was to provide high quality legal service where attorneys have the ability to succeed professionally while sustaining a fulfilling personal life and contributing to the community. They decided to forgo origination credit, which they’d observed causing dissension in their former firm. They were early adopters of work-from-home options, which they called “law-on-the-go” and incorporated into their business model. That gave them a head start when the pandemic struck.

There are many more women practicing now than when they started, in 2010, but women lawyers are still sometimes subjected to bullying, harassment and aggressive behavior, even from judges. One of their junior associates received so many unwelcome overtures from opposing counsel that she started wearing a costume engagement ring to court to ward off salacious comments.

Despite the challenges the authors faced due to gender, they are hopeful looking ahead. Inclusion, diversity and equity are at the forefront, and the overall number of women in the legal profession is rising yearly, both within law firms and in-house departments.