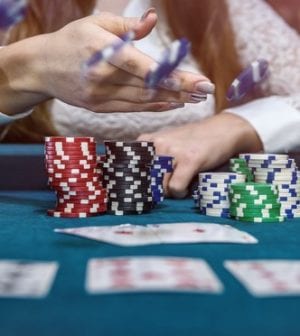 Billionaire casino and media mogul Sheldon Adelson, owner of the Las Vegas Review-Journal and major supporter of both President Trump and Israel’s Benjamin Netanyahu, has been sued by the owner of another Las Vegas newspaper, the Las Vegas Sun. The Sun’s owner claims Adelson has been trying to put his paper out of business by failing to live up to the terms of a joint operating agreement under which both entities have been bound since 1989. That agreement, as explained in an article in Casino.org,was struck under a Nixon-era law called the Newspaper Preservation Act, which permits “certain antitrust exemptions for newspapers operating in the same market area, allowing them to combine production, marketing, distribution, and sales, provided they remain competitive and editorially independent of one another. It was hoped this would keep more regional newspapers afloat.” The Review-Journal’s vice president of legal affairs and general counsel, cited in a Bloomberg article about the lawsuit, says the complaints are old and without merit, and will be contested. Adelson’s ownership of the Las Vegas Review-Journal has been controversial from the outset. He acquired the paper in 2015, in a secretive deal that was exposed by the newspaper’s own journalists.