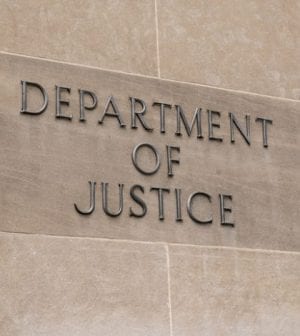 The DOJ brought charges against 35 individuals associated with dozens of telemarketing companies and testing labs that allegedly engaged in fraudulent genetic testing schemes. The targets were mainly people 65 and older, and according to the indictments, the scam cost Medicare more than $2 billion in unnecessary charges. It involved laboratories paying illegal kickbacks and bribes to medical professionals who were working with fraudulent telemarketers, in exchange for their referral of Medicare beneficiaries. Nine doctors were among those charged. According to Shimon Richmond, assistant Inspector General for investigations with the U.S. Department of Health and Human Services, telemarketing companies trolled elderly Medicare beneficiaries online, called them on the phone or sometimes sent people to approach them face-to-face at health fairs, senior centers, low-income housing areas or churches and synagogues. They were offered free genetic testing to estimate their cancer risk or determine how well certain drugs would work for them. All they had to do was provide their Medicare information, a copy of their driver’s license and a bit of DNA collected from a swab of saliva from inside their cheek. Once recruiters got the information they wanted, they would try to get the patient’s own health care provider to write a prescription for the genetic test. If that didn’t work, one of their own doctors would do it. Medicare paid between $10,000 and $18,000 for the test, which was split between the recruiter, the lab, the doctor and the telemarketing company that organized the alleged scheme. Often, the labs didn’t even send results to patients and when they did there was no counseling or help interpreting the findings.