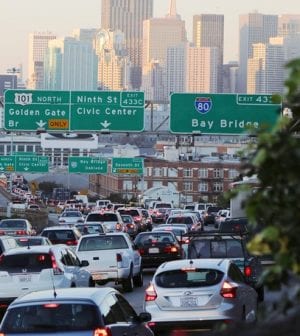 The Department of Justice has launched an antitrust investigation against four automakers that say they will voluntarily comply with California’s emission standards. But the companies can rest easy on that front, according to Mary Nichols, chair of the California Air Resources Board. In a Q&A interview with a Yale University environmental journal, she says DOJ’s chance of bringing a successful antitrust case in this matter is zero.“These are big companies that have sophisticated legal teams. And one of the areas of law that they are most familiar with is the antitrust laws,” she says. Currently Ford, Volkswagen, BMW and Honda have said they will adhere to the stricter CA standards and are said to be the subjects of the DOJ probe. According to Nichols, cars and heavy duty vehicles together account for about 50 percent of greenhouse gas emissions both in CA and worldwide, which means that if the Trump administration succeeds in squelching CA’s emission rules, it would be a major blow to worldwide attempts to mitigate global warming.