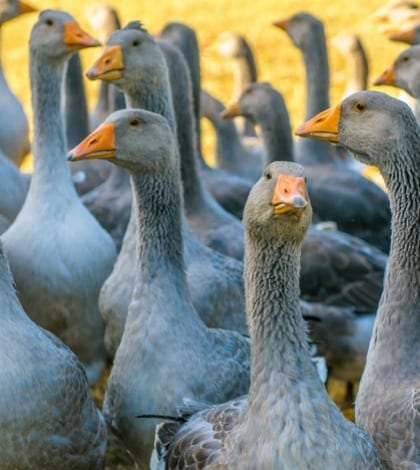 In California, a law banning the sale of foie gras, which is made from the enlarged livers of geese or ducks, was passed in 2004. It went into effect in 2012 but was ruled unconstitutional by a district court in 2015. Earlier this month the district court was overruled by a three-judge panel of the Ninth Circuit Court of Appeals – although despite the ruling foie gras remains legal in CA for the time being and will remain so at least until the appeals process is concluded, which could be months if not years. Producing foie gras (fat liver in French) involves force-feeding by, as the LA Times describes it, “placing a 10- to 12-inch metal or plastic tube down a bird’s esophagus to deliver large amounts of concentrated food.” Said a spokesman for the Humane Society of the United States, “If you can get Arnold Schwarzenegger, the former pope and the Israeli Supreme Court to agree that foie gras is inhumane, then there must be something to it.” Chefs at restaurants that feature the dish were angry at the 9th Circuit decision, although one of them says he expects this case to send sales “through the roof.” In overturning the unconstitutionality ruling, the panel opined that federal law makes room for extensive state involvement and that Congress “clearly did not intend to occupy the field of poultry products.”