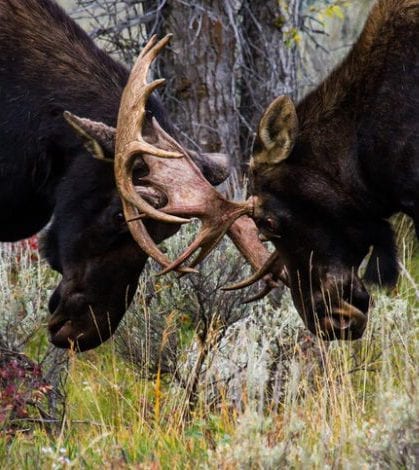 No sooner had Fish IP Law and Fish & Richardson settled their litigation over fish logo rights, than a new legal scuffle broke out, this one featuring a moose. Moosehead Breweries Limited, the largest independent brewer in Canada, has sued the Hop’n Moose Brewing Co. Of Ruthland, Vt., alleging trademark infringement. Moosehead alleges that the moose image the artisanal brewpub uses is a rip-off of the moose head with antlers it uses in its logos and branding materials. The suit, filed in a Vermont federal court, asks for a jury trial and demands that Hop’n Moose hand over all profits it has made while using the moose image. According to the suit, the beers are or may be “advertised, marketed, and promoted through the same media” channels, resulting in consumers who could be “confused, misled, or deceived” into thinking the Hop’n Moose products are products of Moosehead. The owner of Hop’n Moose says he chose the animal for the brewery’s logo because his family often went moose hunting.