Bribery On the Demand Side 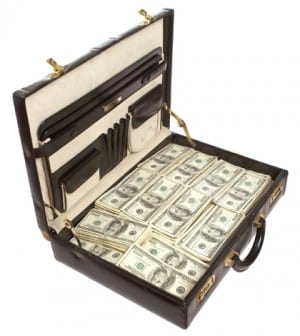 It’s no mystery why businesses pay bribes to foreign officials, but why do those officials solicit them? For a variety of reasons, depending upon where they are on the food chain. On the low end, there are bureaucrats in Asia and Africa who need to supplement their miserable wages in order to buy food, medicine or firewood. They are the recipients of most bribes paid by U.S. companies. One step up are the officials who want but can’t afford the trappings of status, a bigger house in a better neighborhood, a good school for their kids, a nice car. World-class kleptocrats perch on top of the pyramid, where they pose as run-of-the-mill gazillionaires with Gatsby-like aspirations. Alejandro Andrade, Venezuela’s national treasurer until 2011, took more than $1 billion in bribes during his tenure. He used the money to buy an equestrian ranch in Florida, where he came to the attention of the DOJ by buying show horses, private jets, yachts, more homes, high-end watches, a fleet of luxury and performance cars, and a fashion line. He pleaded guilty to money laundering and was sentenced to ten years in prison in 2018. Gulnara Karimova’s father was president of Uzbekistan. She took bribes from mobile phone operators to the tune of more than $1 billion to finance her several careers as a fashion designer, pop singer, catwalk model, art collector, diplomat and socialite. Daddy put under house arrest in 2014. He died in 2016 but she’s still in the clink.