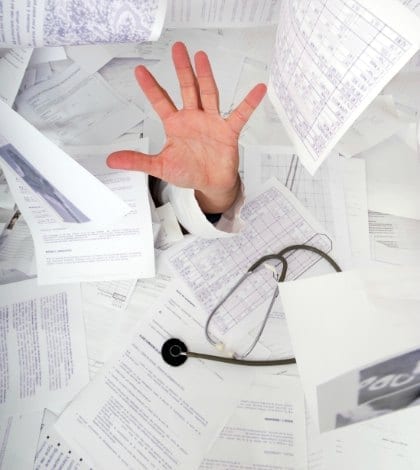 Corporate leaders are misguided in their preoccupation with the issue of taxes, according to Warren Buffet. What’s stifling growth for U.S. companies and weighing them down in relation to their world competitors is the cost of U.S. health care, he says, not the corporate income tax. “If you go back to 1960 or thereabouts, corporate taxes were about 4 percent of G.D.P,” he told an audience at the Berkshire Hathaway annual meeting. “Now, they’re about 2 percent of G.D.P.” Meanwhile, the cost of healthcare as a proportion of G.D.P. has shot up from about five percent 50 years ago to close to 17 percent today. This is what CEOs ought to be lobbying about, according to Buffet, although he acknowledges that’s probably not going to happen. Buffet, like his Republican business partner Charles T. Munger, favors a universal single-payer health care system, with an op-out for those who want to pay for more deluxe coverage.