Carnival First To Be Sued Under New Cuba Policy 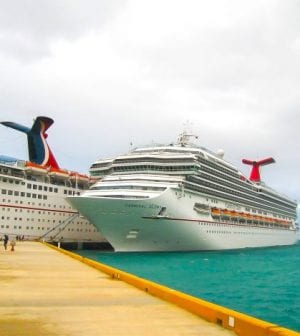 The 1996 Helms-Burton law strengthened the trade embargo against Cuba and, under title III, authorized compensation claims against foreign companies over the use of assets seized by the Castro regime in 1960. The law allowed the president to temporarily waive Title III, and every president since has done so until last month, when the Trump administration let Title III take effect. On May 2 the grandson of the late owner of Havana Docks, the company that ran maritime operations on that city’s waterfront, sued Carnival Cruise Lines for using his family’s lost property. Carnival declined to comment but a cruise industry trade group issued a press release saying that a lawful travel exemption in American law protects companies that have United States government authorization to operate cruises to Cuba. Close to one million people traveled to Cuba last year aboard ships operated by 17 different companies. The suit was filed by Roberto Martínez, a former US attorney in Miami who has won big verdicts against the Cuban government in several cases. Frozen Cuban assets in the United States were used to pay some of those awards. A Miami lawyer who represents companies doing business in Cuba said there were a number of defenses that can be raised by Carnival and called title III a complicated piece of legislation that has never been litigated.
Read the full article at: