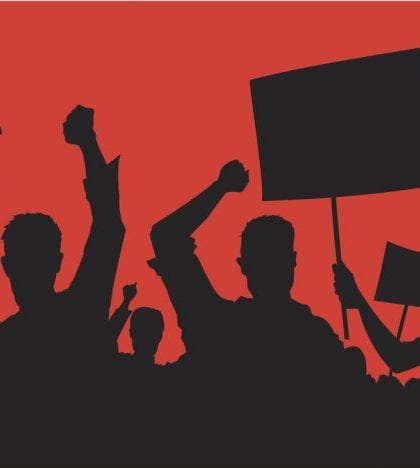 In 1989, Michael Screnock and other protesters who called themselves “rescue workers” blocked access to a Women’s Medical Center in Madison, Wis. Like the other protestors, Screnock refused to give his name and was booked as John Doe. Unlike the others, Screnrock is now running for the Wisconsin Supreme Court. In an interview, Screnock says he thinks he could remain on cases dealing with abortion if he is elected. “If I thought I couldn’t decide a case fairly and impartially based on the law and the facts, I would need to get out of the business,” he tells a Wisconsin newspaper. He was a 19-year-old University of Wisconsin-Madison student when he was arrested. A year later he was arrested again. He explains that he was part of a group of people who were seeking to exercise their First Amendment rights and were willing to take the legal consequences. “I think that’s true of all individuals who seek to engage in any manner of civil disobedience,” he says.