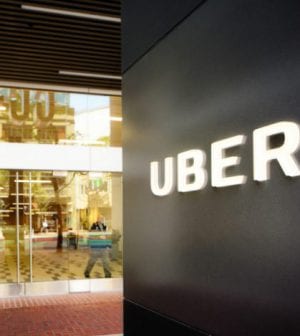 The California legislature recently passed legislation that will require gig economy companies to reclassify many workers as employees. It doesn’t take effect until Jan 1, 2020, but litigation over its provisions has already begun. Uber CLO Tony West is on record as saying the key provision in the law won’t apply to his company. A lawsuit seeking class-action status was filed against Uber in federal court on 9/11 by attorney Shannon Liss-Riordan. She has brought several lawsuits against gig economy companies, including Uber, Lyft and Grubhub, for allegedly misclassifying workers. West’s claim doesn’t pass the straight-face test, according to Liss-Riordan, and many drivers claim they are exploited because of their independent contractor designation. Under the bill, if companies don’t want to reclassify their contractors as employees, they must pass a three-part test that looks at how much control they have over workers. CLO West said Uber will likely pass this test. Liss-Riordan’s complaint relies on a 2018 decision by the California Supreme Court that a company is required to classify workers as employees rather than contractors if it directs or controls their work; if the work they do is a usual part of the company’s business; or if the workers don’t typically operate an independent business performing the same work they perform for the company. The legislation codifies and broadens that decision. Under the bill, anyone deemed to be an employee would be entitled to unemployment insurance, workers’ compensation and paid sick leave, not just a minimum wage and overtime pay.