With greater responsibility comes greater reward, as the saying goes, and it has proven true for chief legal officers. CLOs are taking on more responsible and visible roles, and they are being compensated accordingly. According to the 2012 HBR Law Department Survey, total compensation – which includes base salary, cash bonus and the value of long-term incentives for the chief legal officer – has hit a peak. (The compensation data in the 2012 Survey was effective as of March, 2012.)

Total compensation for the chief legal officer at the companies surveyed — primarily larger companies — averaged $1.96 million, while the median figure was $1.67 million. The 2011 Survey – effective March, 2011 – reported an average of $1.87 million and a median of $1.73 million in total compensation.

The rise in salaries tracks the CLO’s broader responsibilities, requiring business as well as legal acumen. The role of the CLO has evolved to include far more than the traditional duties of practicing law and setting legal policy for the organization. As members of the C-suite, CLOs are serving as strategic business partners and providing oversight in such areas as corporate governance and compliance and risk management, in an increasingly complex regulatory environment.

Following is a closer look at how CLOs and their staff are faring in terms of the three components of total compensation – base salary, cash bonus and long-term incentive pay.

Among all levels of in-house counsel, modest salary increases appear to be the new norm, with 79 percent of the survey participants indicating modest increases in compensation. Only 19 percent said compensation levels stayed flat. Two percent reported a modest decrease.

CLOs received an average five per cent increase in cash bonus compared to the prior year. Average cash bonus was $518,000 (median: $439,300). Bonuses made up over 44.5 percent of the average total cash compensation for chief legal officers. Over the past five surveys, the average cash bonus ranged from $448,500 to $565,300.

In recent years, with the uncertain economic climate, bonus levels have tended to fluctuate. (Ninety-two percent of survey participants noted that attorney bonuses are tied to overall financial performance of the company.)

Across all in-house attorney levels bonuses are increasing, although at moderate levels. The 2012 survey found an average 3.4 percent increase in cash bonus for all attorneys, although the median was a 6.3 percent decrease. The average cash bonus for all attorney levels was $62,500, with a median of $46,300. The 2011 Survey reported an average of $66,700 and a median of $45,000.

Looking forward, key opportunities for overall compensation increases for the chief legal officer and the legal staff will be in variable pay – e.g., bonuses and other incentive pay. Among this year’s survey participants, 78 percent indicated that they are moving more base compensation to variable pay. This trend, which is based on a pay-for-performance model, is likely to continue as the norm. For chief legal officers, as the economy gains momentum and their role in the organization expands, the doors are open.

Data in the 2012 Survey is effective as of March, 2012, and looks back one year. References to the data from the 2011 Survey reflect compensation data as of March 2011.

The HBR Law Department Survey gathers data from more than 6,000 attorneys across nine levels, and more than 5,000 non-attorney staff. Sixty-three chief legal officers were included in the 2012 Survey. The median company in the report would have 32 lawyers worldwide and more than $9 billion in worldwide revenues.

The HBR survey is unique among law department surveys in its continuity over the past 26 years and the extent to which larger law departments are represented. This year, 68 percent of participant firms had revenues at or above the Fortune 500-level. 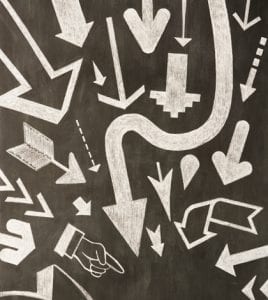 When is a Freedom to Operate Opinion Cost-Effective? 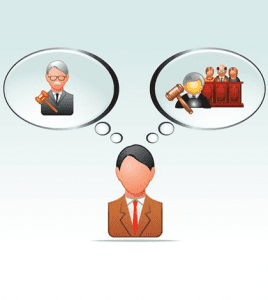