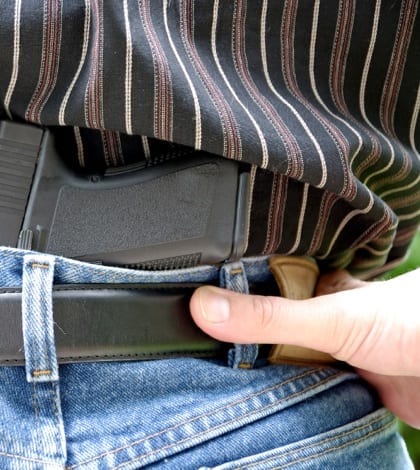 The Second Amendment right to bear arms cannot be confined to just the home, the Ninth Circuit Court of Appeals panel said in a two-to-one opinion that the writer says calls the most sweeping decision yet regarding the right to carry in public. , The circuits have not agreed on this issue, and many believe it will eventually reach the Supreme Court. The Ninth Circuit ruling is in line with another decision from the Seventh Circuit, but takes a much broader interpretation, saying that the government may forbid carrying a concealed gun in public, or carrying a gun openly in public, but it cannot do both. The decision states the right for self-defense applies outside the home, and has since the Second Amendment was ratified in 1791.