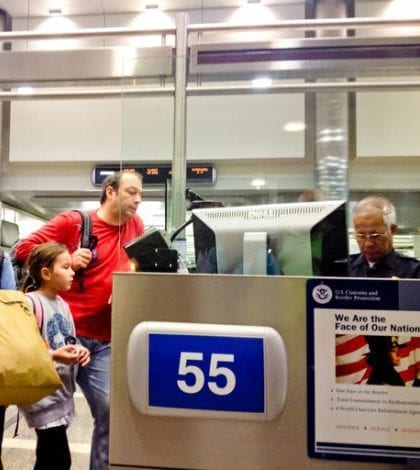 Attorneys concerned that confidential client information might be revealed in a U.S. Customs search have a little less to worry about. During his confirmation process, Trump’s nominee to head Customs and Border Protection revealed how the agency implements its policy to refrain from accessing Cloud content during border searches of digital devices. Kevin McAleenan explained that in accordance with CBP’s new policy to access only information that is “physically resident” on a device, border agents must ensure that network connectivity is disabled to limit access to remote systems. It’s a small step in the right direction, according to the Electronic Frontier Foundation, which believes that searches of digital data on a device with neither a warrant or suspicion of illegal activity violate the Fourth Amendment. EFF quotes the Supreme Court in Riley v. California (2014): “Such a search would be like finding a key in a suspect’s pocket and arguing that it allowed law enforcement to unlock and search a house.” The policy re the Cloud has been a matter of record since June, but the details of its implementation were not revealed until McLeenan’s testimony.