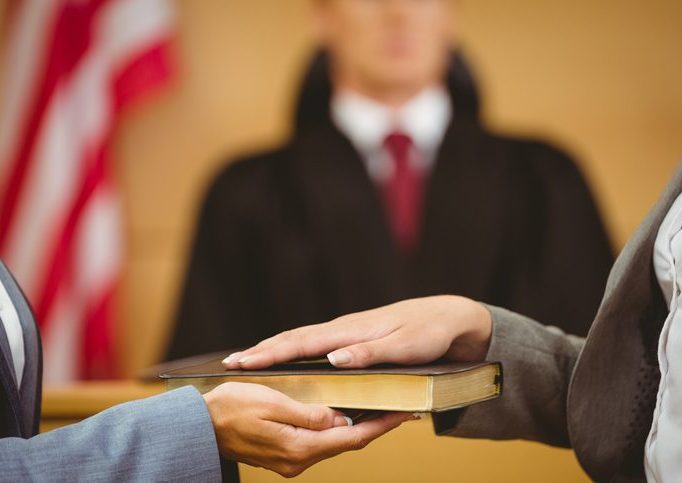 In a documentary that was three years in the making, Radiolab tells the back story of the 1993 Supreme Court decision that gave us the Daubert standard, which allows judges to act as gatekeeper for expert testimony in federal court. Among those telling the story are Joyce Daubert herself, who was the plaintiff, and her son, Jason. Both are alive and well and living near San Diego.

In 1973, when Joyce Daubert was pregnant and experiencing protracted nausea, her doctor prescribed the drug Bendectin. In the documentary, she recalls the birth in vivid detail. The doctor, holding the baby said, “It’s a boy.” Then the delivery room went silent. She looked up at and asked what was wrong with his foot, and someone said “his arm, too.” It was twisted up, later described as “like a chicken wing,” and there were only two fingers. It was years later, as she was about to read the newspaper comics to Jason, as was their habit, that she noticed an article about a court case concerning a woman who also had taken Bendectin when pregnant. There was a photo, and both she and her son realized the infant looked a lot like he did when he was born.

When Daubert v. Merrell Dow Pharmaceuticals, Inc. reached the Supreme Court, the science around the effects of Bendectin was a major issue. Studies on chicken embryos had implicated the drug, but a statistical study involving thousands of women found the frequency of birth defects in the children of mothers who had taken the drug was virtually identical to the frequency for mothers who hadn’t.

The end result of the case: Judges were empowered to act as gatekeepers, deciding which experts the jury should and should not be able to hear. The Radiolab documentary includes a clear description of some of the legal and cultural cross currents at the time, and going back to the 70s and 80s. Agent orange was an issue, with veterans claiming disabilities caused by their contact with that chemical, a defoliant that had been dropped from planes in the millions of gallons during the Vietnam war. At the same time, peoples’ eyes were being opened to the fact that untested chemicals had been finding their way into the air, soil, water table, and peoples’ bodies for decades. The legal upshot was that environmental and epidemiological issues were finding their way on to dockets in a big way, and studies purporting to establish causation were a continuing bone of contention. Simultaneously a powerful counter-reaction was brewing, giving rise to what became known as the deregulation movement, and with it a campaign against “litigation run amuck” and plaintiff lawyers who were using what defendants considered questionable expert witnesses and test results.

“I think there was, like, a kernel of truth to this,” says one of the documentary reporters, recalling a case where a self-identified psychic claimed that after she went in for a CAT scan she lost her ability to see into the future. She sued the hospital and the jury awarded her a million dollars.

The last word in this documentary, or close to it, is from Jason Daubert, the man whose appearance at birth left the delivery room speechless. “I understand the basic idea, right? Like, you don’t want to allow any crank and their perpetual motion machine into court. I get it,” he says. “Absolutely. And cranks can look pretty respectable … I could be the crank unknowingly. I don’t think so but, like, it’s not that I know that Bendectin caused my birth defects, it is that I think that it’s probable. And I fully admit I could be wrong.”

His mother is less philosophical. She comes across as an easy-going person with a sharp sense of humor, but inside her a fury still burns, to the extent that when she’s asked to serve on juries she simply refuses.  “It turns my stomach,” she says. “There is no justice. I never got my day in court. We had all of this evidence and, you know, it was a David and Goliath thing, and I never got my day in court.” – Today’s General Counsel/D.R.