Eric Holder Hired As Outside Counsel To California Lawmakers 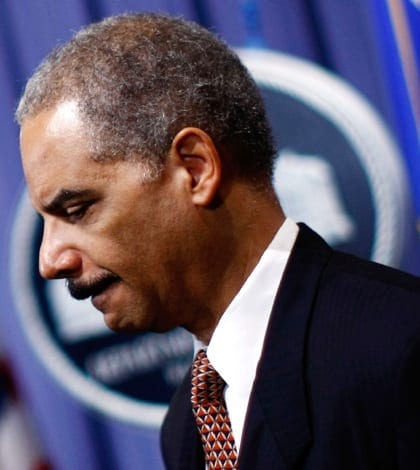 The California legislature has hired former U.S. Attorney General Eric Holder to serve as outside counsel, as a legal counterpoint to a Donald Trump presidency, the Los Angeles Times reports. Under the unusual arrangement, Holder will lead a team of attorneys from law firm Covington & Burling to explore the legal intersections between California and the federal government. “He will be our lead litigator, and he will have a legal team of expert lawyers on the issues of climate change, women and civil rights, the environment, immigration, voting rights – to name just a few,” Senate leader Kevin de León told the Times. Typically, these tasks fall to state attorneys general. California Gov. Jerry Brown has officially nominated Democratic Rep. Xavier Becerra to replace former AG Kamala Harris, who now serves in the U.S. Senate, and Becerra is expected to be easily confirmed. But, de León told the Times, the legislature wanted to offer “more legal firepower” given the threat they perceive from the incoming administration. Aides to legislative leaders told the Times that the payment would come out of both chambers’ operating budgets and would not require additional state funds.