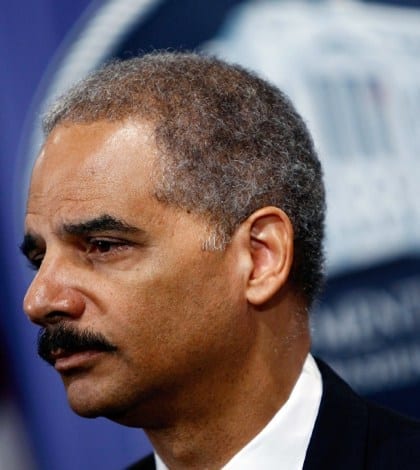 Former U.S. Attorney General Eric Holder has signed on to lead the National Democratic Redistricting Committee, a newly formed political group that will seek to roll back changes to congressional districts that were elaborately redrawn to favor the GOP in 2010. Holder said the effort would proceed on three fronts: in court, where Democrats will challenge Republican-drawn maps they see as violating the law; on the campaign trail; and through ballot referendums that will allow voters to give direct approval to laws mandating new procedures for legislative appointment. Holder may also take an active role in in campaigning for candidates around the country. This, in addition to his post as outside counsel to California’s state lawmakers, is cementing Holder’s role as one of the most influential Democratic lawyers in the country as his former boss, and personal friend, President Barack Obama leaves office. Holder told the New York Times that fighting Republican gerrymandering is a “primary concern” for Obama as he looks to the future. “He thinks, and I think, that this is something that threatens our democracy.” Holder told the Times that Vice President Joe Biden is also likely to be involved, as well as other “present and former cabinet members.”