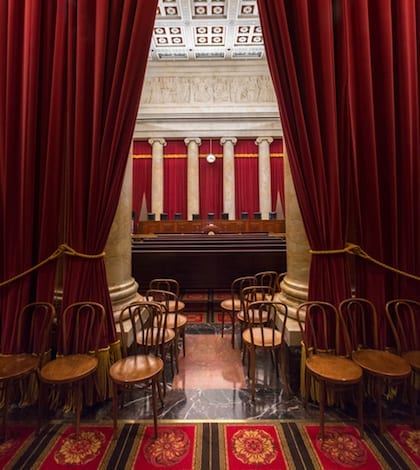 “Today, I can report that a person can be both a publicly committed originalist and textualist and be confirmed to the Supreme Court,” said Justice Neil Gorsuch. He was addressing the Federalist Society’s annual dinner last week, a gala affair that has a wish list of ultra-conservative nominees to the federal courts. The Trump administration has been more than accommodating to the Federalists, and the organization hopes to cement conservative majorities for years to come in whatever window the voters afford. Trump inherited more than 100 federal court vacancies when he took office in January, in part because Republicans blocked many Obama nominees, and refused to hold hearings and votes during his final year in office. At least 28 of the 58 federal district and appeals court nominees announced by the White House so far have ties to the Federalist Society, including 17 of 18 nominees to the federal appeals courts. All past presidents have sought input from outside groups regarding nominees, but Trump’s critics say he’s basically ceded the nominations process to the Federalists.