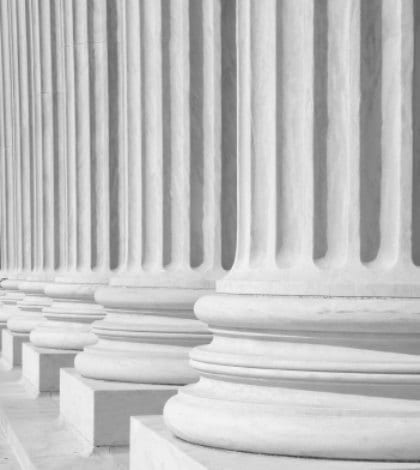 An article in Vox examines the way the Supreme Court takes major actions without exposing them to public scrutiny through the use of what University of Chicago law professor William Baude called the “shadow docket” in an influential 2015 article. The term refers to “a range of orders and summary decisions that defy normal procedural regularity.” These orders are typically handed down without any explanation from the majority, or without much advance notice from the Court, frequently on Friday evening. An example is the recent 5-4 decision blocking a lower court’s order requiring a California jail to take steps to prevent the spread of Covid-19. The rationale for the ruling is unknowable, because as with most shadow docket cases, it was released without a majority opinion explaining the Court’s reasoning. According to the article, “the ideological cast of the shadow docket is even more conservative than the Court’s regular docket. Though the Court’s recent term featured several high-profile — though often very narrow — victories for liberals, the Court’s party-line decision to lift safeguards against spreading Covid-19 within a California jail is more typical of its shadow docket.” Justice Sotomayor has written several strongly-worded dissents, warning that the shadow docket bypasses safeguards intended to prevent the Court from handing down cursory, insufficiently thought-out decisions. Her most recent dissent was in the jail case. “The District Court found that, despite knowing the severe threat posed by COVID–19 and contrary to its own apparent policies, the Jail exposed its inmates to significant risks from a highly contagious and potentially deadly disease,” Sotomayor wrote. And yet the Supreme Court “intervenes, leaving to its own devices a jail that has misrepresented its actions to the District Court and failed to safeguard the health of the inmates in its care.”