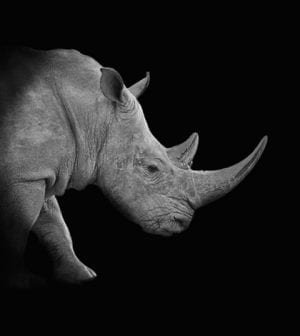 The Basel Institute on Governance, a non-profit that counters corruption and works to improve the quality of corporate governance, has established a program focused on intelligence-led action against financial crime in the illegal wildlife trade. In a posting seeking a team leader, it notes that corruption and financial crime, from bribing officials to laundering profits, are key facilitators of the multibillion-dollar illegal trade in ivory, rhino horn and other wildlife products. The Institute’s program will work with banks and law enforcement to strengthen the investigation and prosecution of transnational wildlife-related financial crimes, and produce actionable information on criminal networks. A recent article in The British Journal of Criminology examines the illegal ivory trade in Uganda, the major transport route through which ivory exits Africa. It stresses the local and regional network in which both traders and border town locations function as decentralized nodes that serve to facilitate a tightly-organized international trade. Connections with local government officials are what creates the Ugandan hierarchy of traders. An article in The Guardian describes the trial of the leader of a mafia-like ivory smuggling ring, Feisal Mohamed Ali. The court proceeding in Kenya were characterized by disappearing evidence, death threats to activists and a series of judges who were replaced one after another for a variety of fishy reasons. Ali was ultimately convicted and sentenced to 20 years in jail and a hefty fine. According to the article the heavy sentence proves that a recently passed wildlife law worked and that traffickers caught in Kenya would no longer get away with paltry fines for their supposedly trivial crimes.