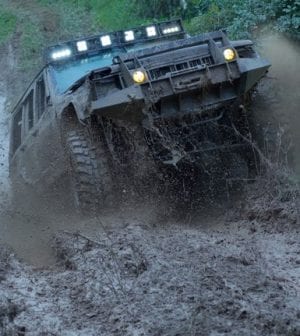 The “right-to-repair” – or more accurately the absence of one – has been an issue in a variety of spheres (e.g. big farm equipment). Now it’s also affecting the military. This New York Times oped, by a marine logistics officer, begins with her first encounter with the problem, when, standing knee-deep in the mud, she listened to a frustrated marine explain what was preventing him from fixing a broken generator. “Because of the warranty, ma’am,” he tells her. What has evolved is in part a reflection of the fact an increasing share of R&D is being done by companies instead of by the government or government-funded entities, as was largely the case from the 1940s into the 1970s, according to the writer. “The effects of the right-to-repair paradigm,” she says, “will become only more significant and restrictive as older military vehicles and systems are replaced with equipment that is more complex and involving more electronics. Already complicated equipment designs lead to situations where the manufacturer is the only source for repairs.” This issue and the problems it can create are starting to get more attention, including by the FTC, which this summer convened a workshop about it. Two of the democratic presidential hopefuls have also raised the issue.