Hackers Who Could Eavesdrop Through Your Phone 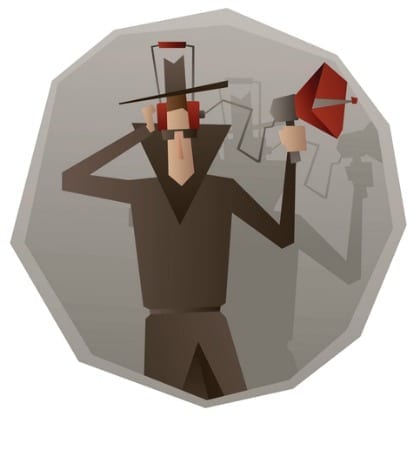 How some young engineers in the Bay area discovered and unraveled a piece of sophisticated malware that had achieved the hold grail of hacking, what’s called in the vernacular “a remote jailbreak” – code that allowed a complete takeover of a device, specifically an iPhone, so that e-mail, internet use, keystrokes, Skype chats and other apps could be monitored. It could even turn on a microphone so conversations could be monitored, and if it detected it was using enough power to be discovered, it could shut itself off. One young engineer called it the most beautiful code he had ever seen. When Apple found out about it, the company pulled off what experts considered an amazing feat, creating a patch in just ten days. “It’s an uplifting story,” concludes this article in Vanity Fair. “But the fact is Apple and other computer-makers are fighting a losing battle. As long as there are hackers, they will continue to find ways to hack any device that interfaces with them. These dangers were highlighted this fall when a New England company found itself the target of a mass denial-of-service attack from millions of non-computer ‘zombie devices’ connected to the Internet—most notably baby monitors.”