Harvard Doesn’t Have To Cop To Anti-Semitic Past 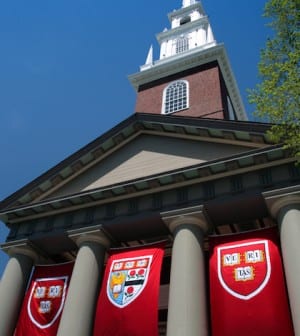 Harvard University won’t have to turn over records detailing its history of discriminating against Jewish applicants as evidence in a lawsuit claiming the school now holds Asian American applicants to a higher standard than others. As part of its 2014 lawsuit, the Students for Fair Admissions asked that Harvard be required to turn over records about policies in the mid-20th century that aimed to limit the number of Jewish students. “Harvard shall not be required to produce any discovery on the history of discrimination against Jewish applicants to Harvard, as Plaintiff has not shown that such information is likely to lead to the discovery of admissible evidence,” U.S. District Court Judge Allison Burroughs wrote last week. “It is not clear how prior instances of discrimination against Jewish applicants in the 1920s, 30s, 40s, and 50s is relevant to the invidious discrimination claims in this case, which allege that Harvard is presently discriminating against Asian-American applicants. … [T]he burden or expense of the proposed discovery would likely outweigh its benefit, which the Court deems to be marginal at best.”