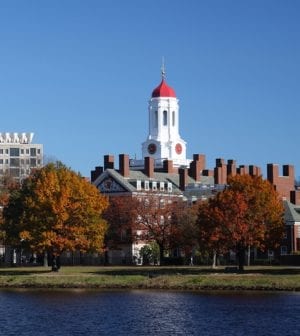 The blowback from Harvard Law Prof Ronald Sullivan’s decision to join Harvey Weinstein’s legal team forced him to resign as  Faculty Dean of Winthrop House on the Harvard campus, and according to the Harvard Crimson, students there call that an improvement. Students interviewed said House life has become more active this semester. Resident Audrey E. Pettner said she thinks the House’s atmosphere is “so much better” under new leadership.“I don’t even think I realized how absent our other faculty deans were until this semester. I don’t know if maybe they’re just extra involved because of how crazy it was.” Last May, just before Sullivan resigned, The Crimson reported allegations by current and former Winthrop tutors, students, and staff that Sullivan fostered a toxic environment in the House. At least 13 tutors threatened to quit at one point, though they ultimately stayed. Sullivan did not immediately respond to a request for comment on student criticisms of his tenure.