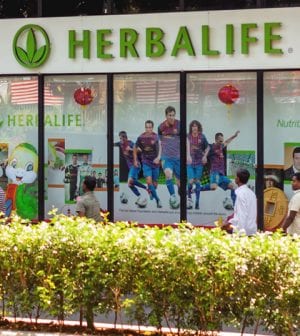 The publicly traded nutritional supplement company Herbalife, which survived a concerted attack by hedge fund fund manager, William A. Ackman, has agreed to a chump-change settlement with the SEC. It’s shares dropped less than one percent on the news that it will pay $20 million to settle claims that it misled investors for six years and told them that its business practices in China were different from its operations in other countries. The settlement comes about one year after Ackman, who runs Pershing Square Capital Management, stopped making well-publicized claims that shares of Herbalife would collapse because it was running an unsustainable pyramid scheme. Starting in 2012, Ackman produced many unfavorable reports about Herbalife. He spent about $1 billion before he quit. “Herbalife deprived investors of valuable information necessary to evaluate risk and make informed investment decisions,” Marc Berger, the director of the S.E.C.’s New York regional office, said in a statement. An earlier and more expensive settlement with the SEC allowed the company to continue operations, thus avoiding the regulatory death sentence that Ackman was banking on.