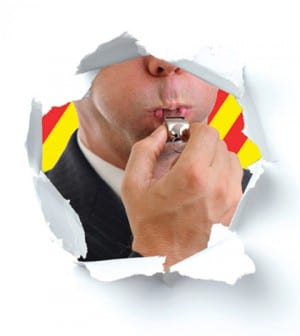 Earlier this year the SEC fined Houston-based KBR Inc. $130,000 for requiring some of its employees to sign confidentiality agreements that potentially prevented them from blowing the whistle on illegal activity, in violation of a Dodd-Frank rule. Though the Commission was unaware of any instances in which a KBR employee was in fact prevented from communicating directly with the SEC about potential securities law violations, the Commission found the agreement too restrictive because it “potentially discouraged” such reporting, by requiring employees to first check with the legal department or risk possible termination. This SEC action is one example of the increasing scrutiny government agencies have been giving to employer confidentiality agreements. Other agencies with a similar agenda are the EEOC and the National Labor Relations Board.