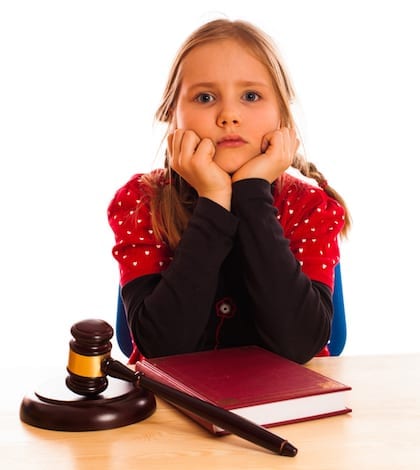 A federal appeals court this week rejected a class-action lawsuit brought on behalf of unaccompanied minors who came to the U.S. fleeing violence in Southern and Central America. The lawsuit was filed two years ago by rights activists, who said forcing the children to represent themselves was illegal. Immigration judges currently do not have the authority to appoint lawyers for the children. A three-judge panel of the Ninth U.S. Circuit Court of Appeals overturned a lower court decision, and said immigrant childrens’ claims that they are being denied due process must be brought individually, and only after deportation proceedings are exhausted. “Unrepresented kids aren’t able to go through [the] process,” Matt Adams, legal director of the Northwest Immigrant Rights Project, told the AP. The process consists of: filing an appeal, filing briefs with arguments, obtaining a final order on appeal, and then bringing the case to a federal appeals court. Only then could they claim that being denied a lawyer violated their rights. “They don’t have the capacity,” Adams said. The Ninth Circuit ruling urged Congress and the President to take action, but Adams said, “You can’t duck the matter by saying, ‘Well Congress can fix this, the President can fix this.’”