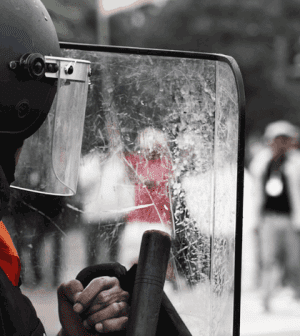 The officer did not use his real name in the suit out of fear for suffering further injury. According to his lawyer, he remains under intensive medical care almost a year after being shot in the head and abdomen. Best case, he will be permanently disabled, the complaint says. He was ambushed and shot by 29-year-old Gavin Long, who traveled from Missouri to Baton Rouge after becoming angry over the shooting death of another black man, Alton Sterling. Long appeared to be a fan of Black Lives Matter, but didn’t have any formal connection with it. The suit accuses the organization and individual activists of inciting violence by not more explicitly condemning illegal behavior at protests.