IP Free-For-All In The World Of Rap 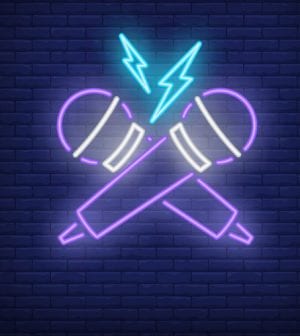 When does borrowing and “sampling” become IP theft? That question didn’t get much attention back in the day when rap pioneers were their own promoters and rap music was not a multi-million dollar business. “The way producers like Prince Paul, the Bomb Squad, and the Dust Brothers tossed together piles of disparate sounds in the late ’80s and early ’90s was breathlessly exciting, and then an onslaught of lawsuits forced hip-hop to adjust its practice,” writes Chris DeVille on the music site Stereogum. What spurred that evolution, he says, was the rise of sites like Spotify and Apple Music, which incentivized rappers “to release every project through official channels and reduced the free mixtape sites to a shadow of their former selves.” DeVille’s commentary was written in response an impassioned tweet by the Maryland rapper Logic. As  reported in genius.com., Logic was bemoaning the now established protocol whereby artists need to get clearance for samples. “F*ck clearing samples,” he wrote. “F*ck people taking all a producers money for not doing shit and f*k the companies that say no just cuz. This is hip hop…” Today IP disputes are a fixture of the industry, and the business is replete with people from various angles touting their expertise. They include not only attorneys but entrepreneurs like Stephen Hacker, founder of a company called Hebrew Hustle. Per his website, Hacker’s bona fides as manager and music publisher include, his “vast understanding of copyright law.” His company sued the Canadian rap superstar and entrepreneur Drake over use of a sample, and it lost. Drake then countersued over alleged misappropriation of his image, a case that was settled late last year. Drake in his countersuit retained as expert witness IP attorney Mark Roesler, founder and chairman of CMG Worldwide. Roesler, per his website ,“has successfully positioned his marketing and management company as the dominant force in the evolving intellectual property arena,” and he represents – either directly or by way of their estates – some of the most widely recognized celebrities in the world. Among them are James Dean, Pamela Anderson, Jackie Robinson, Chuck Berry, Ella Fitzgerald, Neil Armstrong and Malcolm X. Now, says an article in The Blast, Roesler is suing Drake, claiming the superstar owes him “5 Racks” for that engagement. That’s about $5000.