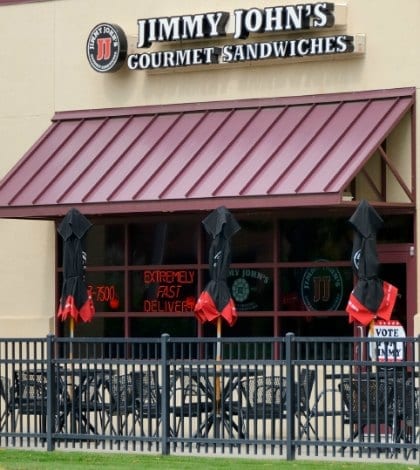 Pro-union activists, protesting a policy of no-paid sick days, put up posters with a picture of a Jimmy John’s sandwich and a caption that said “you’re about to take the sandwich test” because the person who made it might be sick. Management of the Minneapolis-St. Paul franchisee group being targeted fired the activists and took their case before the National Labor Relations Board. Their argument, explains Bloomberg Businessweek reporter  Josh Eidelson, was based on a previous NLRB ruling that companies can punish workers whose actions are so “disloyal, reckless or maliciously untrue” that they lose NLRB protection. But the NLRB essentially said this particular action didn’t fall under that exception, and ordered the franchisee to rehire the workers.