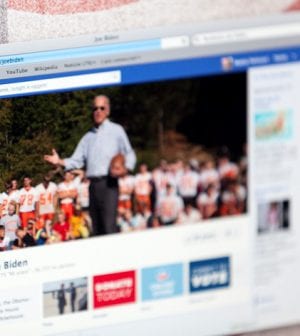 In a scenario reminiscent of the Clinton years, when the Secret Service gave the President’s brother Roger the code name “Headache” and the Rodham brothers were parlaying their family ties into lobbying contracts, Joe Biden’s brother is making waves and getting some unwanted attention. In the latest episode, Knox News (Knoxville) reports that two health care entrepreneurs recently filed a lawsuit against Biden’s brother, Jim, and hedge fund operator Michael Lewitt, among other defendants, accusing them of deception and fraud. The plaintiffs are a Tennessee businessman and his physician partner, who devised what they maintain was an innovative and valuable business plan to address the rural hospital crisis. They allege the defendants promised to help them get funding and instead put them off with promises, usurped their plan, and left them millions of dollars in debt. The plaintiffs’ filings include copies of emails and texts, including one text the plaintiffs say was inadvertently sent to one of them by Biden. Not long after this suit was filed, Politico came out with an article by reporter Ben Shreckinger that says Jim Biden, working with Joe Biden’s son Hunter, “have lengthy track records of making, or seeking, deals that cash in on his [Joe’s] name.” Among the reporter’s findings are a pattern of “dubious associations and possible conflicts of interest” during their tenure at investment firm Paradigm Global Advisors. “There’s no evidence that Joe Biden used his power inappropriately or took action to benefit his relatives with respect to these ventures,” Shreckinger writes, but he quotes former Bush White House ethics lawyer Richard Painter, known most recently as a fierce Trump critic and challenger on the “emoluments” issue, who says Biden should pledge to ask his relatives to avoid any business practices that would present ethical issues. “You can’t control your brothers. You can’t control your grown son,” Painter says. “But you can put some firewalls in place in your own office.”