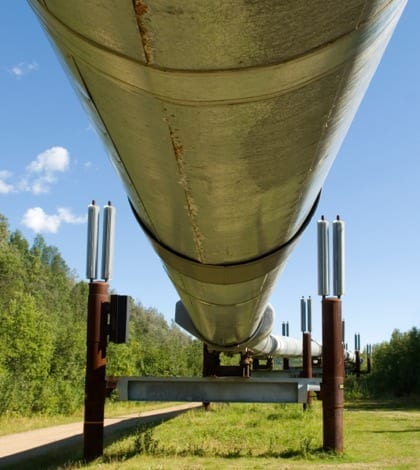 The Keystone XL Pipeline was dealt a blow when a Nebraska judge today struck down a state law that allowed the governor, rather than the Public Service Commission, to approve the controversial project’s route. District Judge Stephanie F. Stacy found that the 2012 state law violated Nebraska’s constitution, and she blocked Gov. Dave Heineman (R) from taking any action, including exercising the right of eminent domain,on his Jan. 22, 2013 approval of the Keystone route. More than 200 miles of the $5.3 billion project, which would carry more than 800,000 barrels of heavy crude oil daily from Canada to the Gulf of Mexico, would travel through Nebraska. The judge’s ruling in the case, brought by three landowners who oppose the project, is likely to cause significant delays.