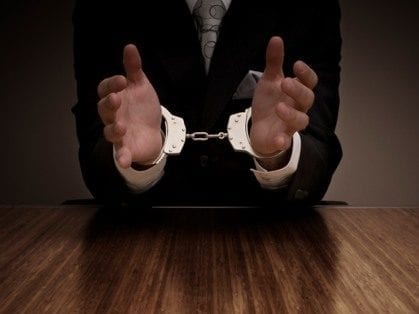 This week, more than a year after a mistrial in an earlier criminal proceeding, a jury in Manhattan convicted former Dewey & LeBoeuf CFO Joel Sanders of manipulating the firm’s financial records to defraud bank lenders and insurance companies that invested in the firm. Dewey & LeBoeuf was created a decade ago from the merger of two firms, and at one time it employed more than 1,300 lawyers. After the financial crisis it collapsed into bankruptcy, and in 2014 criminal charges were filed against some of its most senior executives. In the initial trial for Sanders and fellow former executive Stephen DiCarmine, a judge declared a mistrial after the jury deliberated for 21 days. In this case, which began in January, the verdict came down after five full days of jury deliberations in the State Supreme Court in Lower Manhattan. Sanders could face as many as four years in prison on charges of securities fraud, scheming to defraud, and conspiracy.