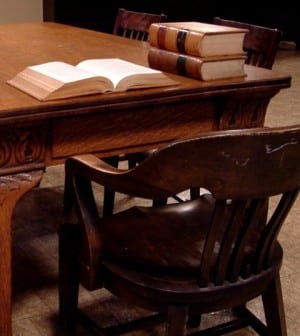 More than 150 University of Chicago professors have signed a letter to entering students decrying the school administration’s stance against trigger warnings and safe spaces. Names you won’t find on the letter? Any of Chicago’s law professors. “I’d be surprised if anyone would sign on to this,” Brian Leiter, Chicago law professor of jurisprudence and legal philosophy, told the Wall Street Journal. “You can’t get a legal education without studying the most unpleasant aspects of human existence: murder, rape, treachery, betrayal, dishonesty.” He added, “If certain ideas offend, tough noogies.” The administration raised concerns over attempts to insulate students from potentially upsetting ideas, which they said could impede free thought. The faculty letter – most heavily promoted by the anthropology, English, comparative literature, history, cinema and media studies, and social work school departments – said that safe space and trigger warning requests “often touch on substantive, ongoing issues of bias, intolerance, and trauma that affect our intellectual exchanges.” Geoffrey Stone, a constitutional scholar at Chicago and former university provost, said the school itself is not a safe space, but rather an institution where students are “expected to confront difficult, challenging ideas.”