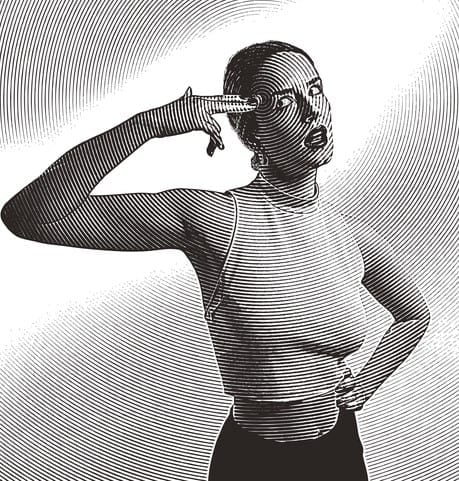 An attorney, working with a programmer, says they have created an algorithm that has generated every melody that’s ever existed and ever can exist. The corpus was then put on a hard drive, copyrighted and released into the public domain,“in the hope of stifling litigious musicians,” according to an account in the British online newspaper The Independent. The attorney, speaking in a recent TEDx Talk, said that in his view the copyright system is broken and needs updating. The project is taken with a grain of salt by copyright attorney Leonard French, although he appears sympathetic to much of the agenda. In his presentation on a community supported legal education channel, French calls it “a fun thought-experiment.” What they are doing, French says – in their own words – is throwing a wrench in the works, but it’s not a wrench “that the gears can’t chew up and spit out and deal with. The machinery is sort of made to deal with that problem by dismissing it from a lawsuit or claim.” He says they could probably copyright the algorithm.