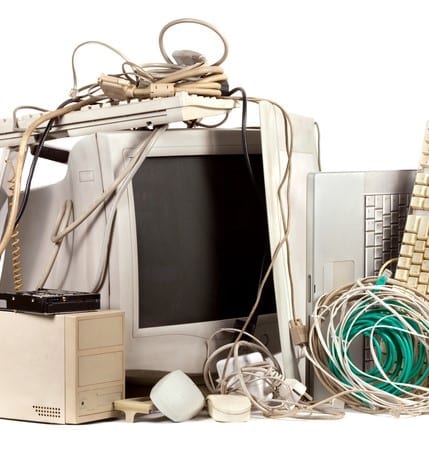 A three-judge panel of the Eleventh Circuit Court of Appeals affirmed a 15-month sentence and $50,000 fine for a man widely admired for being an innovator and business creator in the field of recycling electronic junk, including old computers.  Eric Lundgren’s  California-based company is said to process more than 41 million pounds of electronic waste per year, with IBM, Motorola and Sprint among its clients. A photo accompanying this Washington Post article shows the defendant in a group shot before a steaming landfill in Ghana, where he had come at the behest of the country’s vice president to work on a project to curtail the burning of toxic electronics waste. Lundren’s current legal problems stem from a project that involved the creation and sale of Windows restoration disks as a way to prolong the life of old PCs. Microsoft argued that refurbishers are supposed to buy the disks from Microsoft for $25.00 each. Last year U.S. District Judge Daniel T.K. Hurley, who had imposed the original sentence,  told the defendant it had been difficult for him to do that. “I credit everything you are telling me,” he said. “You are a very remarkable person.” Lundgren’s attorney said this ruling sets a precedent for big software companies to pursue criminal cases against those who are trying to extend the life of computers. Microsoft says it participated in this prosecution to discourage counterfeiting and the spreading of malware.