Skip to content
Compliance » Looking For a Challenge? Tesla Is Hiring a Compliance Counsel

Looking For a Challenge? Tesla Is Hiring a Compliance Counsel 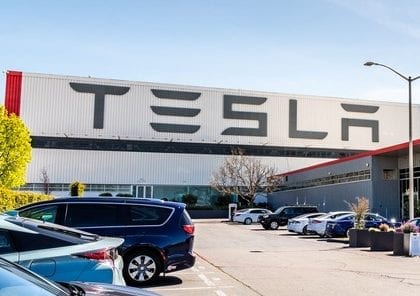 The successful applicant for a job as Senior Counsel, Compliance, will report to Tesla’s Associate General Counsel, Compliance, and will work to help ensure compliance with laws and regulations, and that behavior throughout the company is ethical. That task will be somewhat easier because CEO Elon Musk, once a Trumpian-scale tweeter, has trimmed his social media profile after a second settlement with the SEC in April. That battle began after he tweeted about Tesla’s 2019 guidance in February, which the SEC found misleading and a violation of their previous settlement. The deal requires Musk to submit his public statements about the company’s finances and other topics to vetting by legal counsel, possibly the new Sr. Counsel. The company and Musk personally face dozens of lawsuits and investigations, including one by the SEC in which he is accused of not submitting a statement to counsel. Two former security employees have filed whistleblower complaints claiming that Tesla spied on workers, and covered up theft and narcotics trafficking at its battery plant. Another former employee has filed a class-action alleging that the company ignored black employees’ reports of rampant racism. Musk is being sued by spelunker Verne Unsworth, whom Musk claimed without evidence was a pedophile, after Unsworth questioned Musk’s attempts to aid in the rescue of a Thai boys’ soccer team. And in Delaware, shareholders are suing the company concerning its acquisition of SolarCity in 2016. The successful Senior Counsel, Compliance applicant will be comfortable in an entrepreneurial, fast-paced environment, and able to effectively interact with, influence and collaborate with other members of the organization.