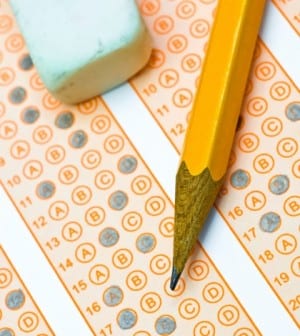 The LSAT organization “engaged in widespread and systemic discrimination” against test-takers with disabilities, the Justice Department said in announcing a proposed consent decree whereby the Law School Admission Council will pay $7.73 million to more than 6,000 impacted individuals. Originally a case brought on behalf of California test-takers, DOJ expanded the suit against LSAC nation-wide, claiming the organization routinely denied testing accommodation requests, “even in cases where applicants have a permanent physical disability or submitted thorough supporting documentation from qualified professionals and demonstrated a history of testing accommodations since childhood.” LSAC also agreed to stop the practice of flagging the test scores of those who requested and were given additional time to complete the LSAT, thereby identifying disabled individuals to law schools. “If entered by the court, this decree will impact tens of thousands of Americans with disabilities, opening doors to higher education that have been unjustly closed to them for far too long,” Acting Assistant Attorney General Jocelyn Samuels, with the DOJ’s Civil Rights Division, said.