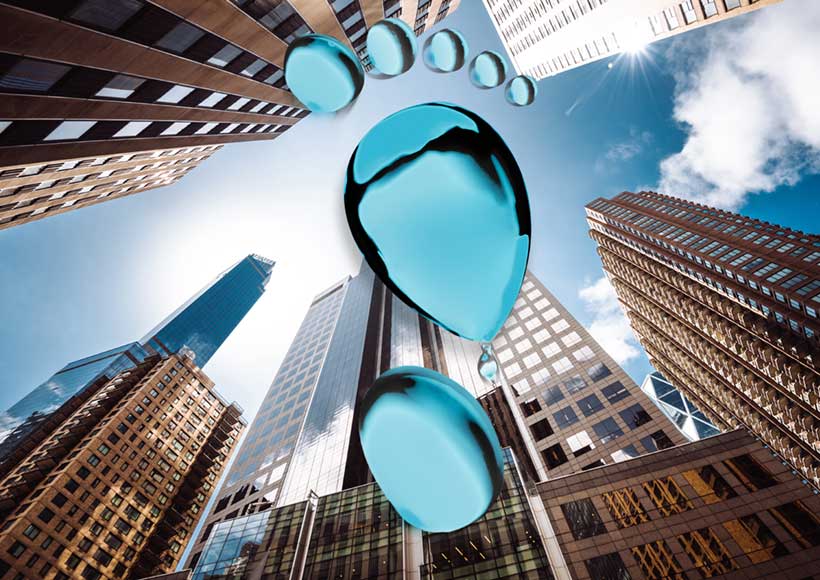 The topic of climate change is putting pressure on companies to operate in an environmentally sustainable manner. This includes managing their “water footprint,” a phrase that was popularized by the late Dutch scientist Arjen Hoekstra in the early 2000s, which means the measure of direct and indirect fresh water used in the production of goods and services.

From Hoekstra came a new scientific discipline dedicated to water and sustainability, and a more intense spotlight on corporate water users. Some have risen to the challenge. Coca-Cola vowed in 2007 to return every drop of water used in its beverages, and last March announced a strategy to achieve “water security” by 2030 “for its business, communities, and nature everywhere the company operates, sources agricultural ingredients for its beverages, and touches people’s lives.”

Much of the recent criticism regarding water footprints has been borne out of the sentiment that companies most often build factories in disadvantaged areas where residents disproportionately suffer consequences of water overuse and misuse. The discussion also is being driven by the recent drought cycle in the Western United States, wildfires, falling water levels — the Colorado River’s flow has declined 20 percent in the last century, and scientists predict another 20 percent drop over the next three decades — and climate change discussions about altered precipitation patterns.

What can corporate water users do to address the increased attention on water use? The best current option is offsets — giving back in some way to make up for water consumption. This can be done in a variety of ways.

Some companies are making significant donations to nonprofit organizations focused on freshwater ecosystem restoration. One example is the Bonneville Environmental Foundation, which has made purchasing water offsets easy; companies can purchase water restoration certificates for $4 apiece online, with the funds going to a diverse portfolio of flow restoration projects. The foundation says 75 water restoration certificates are enough to offset water usage by a 5,000-square-foot office. Intel, in its own quest to achieve net positive water use by 2030, has funded water sustainability projects throughout the West — reportedly restoring 1.3 billion gallons (or about 4,000 acre-feet) in 2020 alone.

Some firms are buying environmental restoration property or investing in new technology and education. Coca-Cola teaches sustainable agriculture techniques to sugarcane farmers in India, and has invested in transforming and routing wastewater from production to irrigation for crops in China.

Others are working directly with conservation organizations on ecosystem restoration projects to offset water-related environmental impacts. One example of this is Idaho Power Company’s investment with The Freshwater Trust to develop the Snake River Stewardship Program. That program is conceived as a 50-year effort to undertake watershed restoration projects in the Snake River basin to improve water quality.

A company might not be able to provide a mitigation offset at the location of a plant, but they could consider an offset at an upstream tributary. Intel and Amazon have both done this. These offsets could even be made in neighboring states, so that a California company could seek offset opportunities in the Pacific Northwest.

What are the risks of doing nothing? Although there is little regulatory oversight when it comes to the water footprint, the threat is looming, as is the threat of negative publicity for companies that take no action. Coca-Cola learned this the hard way in India, where it came under attack for allegedly depleting a local water supply. It served as a wake-up call for the company.

Today, Coca-Cola enjoys a better environmental reputation in India and other places where it makes beverages. A recent report by Feeding Ourselves Thirsty placed Coca-Cola first among beverage, packaged food, meat and agricultural products companies for water management, giving the company a score of 90.

With concerns about the water footprint rising — and nearly three-fourths of companies considering water risks as part of their business planning – the time has never been better to consider business strategies and programs to address sustainable water use.

Steven Shropshire is a shareholder at Jordan Ramis PC, a Pacific Northwest regional law firm. He focuses on water law and environmental regulatory law. He has served as counsel on several cases involving water rights issues of first impression before Oregon, Colorado and federal courts.