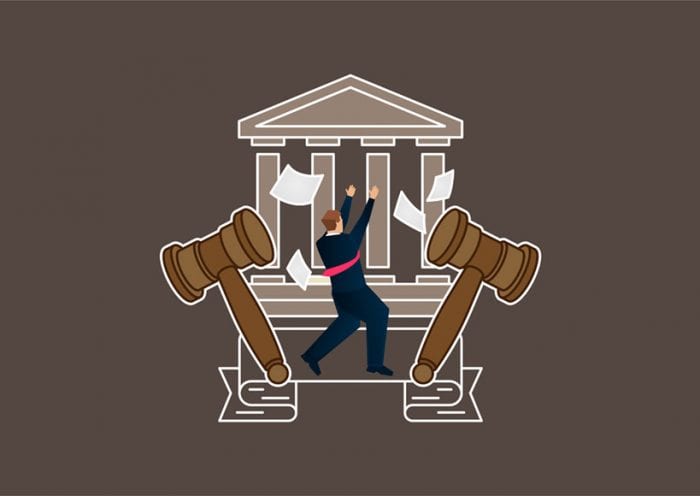 Defending against parallel government investigations and civil lawsuits can feel like treading water — the longer it goes on, the happier you are that your head remains above water. In-house counsel must master content from voluminous documents and numerous witnesses and provide regular status updates and outcome forecasts. Developing strategy that contemplates the big picture is critical.

The following are three key elements to building a multi-front defense strategy:

1. Parse Out What Is at Stake in Each Matter

In the rush to respond to investigations and lawsuits, periodically pause and rethink what is at stake. Is the downside risk of a given matter largely monetary? If so, how significant? A class action lawsuit might be costly, but it is usually only money at stake. A congressional investigation could have a big impact upon a corporation’s reputation and stock price, but there’s no direct risk of out-of-pocket damages.

More ominously, an investigation by the Department of Justice (DOJ), the Securities and Exchange Commission (SEC), or state attorneys general (AGs), can include monetary and non-monetary penalties, as well as significant harm to a corporation’s standing with its clients and investors.

Investigations by the DOJ, the SEC, or AGs may resemble a plaintiff’s civil lawsuit.

In-house counsel can better develop a defensive strategy across multiple matters by understanding the type and scope of harm at risk from each. Such strategic thinking reaches beyond issues of resource management. It considers broader topics such as how evidence disclosed in one forum might negatively impact another matter, whether settlements might be achieved on optimal terms by prioritizing them, and whether they are approached globally or independently. Actively managing the interactions and sequencing can then help minimize the potential damage.

2. Understand to What Extent You Can Control the Flow

Procedural rules and practices abound for governing the progress of investigations and lawsuits. Depending on the forum, however, distinctions arise regarding the ability to influence the path forward. In-house counsel should identify these key differences so that they can be leveraged for benefit. A ruling, a settlement, or even the basic production of documents and testimony can have collateral consequences for upcoming matters. They could be viewed as evidence, admissions or some form of issue estoppel. Think through the optimal sequencing of events, and pursue that path using whatever tools exist to influence how matters progress.

At one end of the spectrum, congressional investigations can be fast and furious. Corporate witnesses can be called to testify on short notice; documents can be compelled with few of the limitations against public disclosure afforded in other government investigations; the political element can create a constant spin of information to the press; and in-house counsel may possess few tools to influence the pace of the investigation. Key documents and testimony may become public — often at a public hearing — and therefore available to other government agencies and the plaintiff’s bar. Those materials could be incorporated into allegations of wrongdoing and press campaigns in separate matters targeting the corporation.

Unlike the congressional setting, investigations by the DOJ, the SEC, or AGs may resemble a plaintiff’s civil lawsuit, especially when litigated in a federal or state court. These similarities may include motion practice and discovery pursuant to procedural rules, thereby affording in-house counsel multiple opportunities to affect the timing and progress toward resolution. In addition, documents and testimony produced pre-trial may be afforded better protections against public disclosure than in the congressional setting.

Many government investigations may never reach a courthouse. In that pre-litigation context, they can involve a host of formal and informal procedures that shape how much influence or insight in-house counsel have regarding the pace of the investigation. When addressing DOJ, SEC or AG subpoenas, for example, at which juncture will the government attorneys share or debate their concerns? Will that occur pursuant to an established process, such as an SEC Wells Notice?  Can the investigation be closed prior to its public disclosure? When might a resolution best be negotiated?

In-house counsel benefit from thoughtfully considering these questions from the outset. Although the extent to which a corporation under investigation can manage the timing of events will vary, these issues should remain front of mind. One needs to understand which tools might be employed for a client’s advantage, particularly to reduce the risk that events in one matter will negatively influence another.

Understanding that the different stakes and processes around investigations and lawsuits enables in-house counsel to develop affirmative strategies for defending them. Analyze each individual matter, but consider them together when delivering legal advice.

For example, plaintiffs’ lawsuits commonly follow congressional investigations and include pleadings testimony from public hearings. Although the congressional hearing may not constitute a direct liability risk, keep in mind that any public statements by corporate representatives at or about the hearing might be incorporated into a plaintiff’s allegations pursuing liability. In-house counsel thus must decide whether the corporation can humbly accept responsibility before Congress when its words might later be cited as an admission of liability.

Another area calling for careful deliberation is timing of the resolution of investigations and lawsuits. If your competitors face similar scrutiny, will you settle contemporaneously? On the same terms? Sometimes the first company to settle gets the best terms — an incentive to settle alone and early. But it may be preferable in other contexts to settle as a group, which can reduce the risk to the brand or standing in the industry.

In-house counsel should similarly contemplate the interplay between settling government investigations and plaintiffs’ lawsuits. Settlement may include formal admissions, which a plaintiff may seize upon in prosecuting a civil lawsuit. Indeed, plaintiffs’ attorneys may deliberately delay the litigation of their case in anticipation that the defendant might enter such a settlement and create potentially advantageous evidence. Countering that tactic, a prompt settlement of a plaintiff’s action might be achieved at a lower price in advance of the government matter settling.

As a final example, in-house counsel should take care when managing multiple investigations by different government authorities. Are AGs coordinating on a joint investigation? Will some AGs work together and others not? Will some AGs surface only after other AGs take some public action? Likewise, when both state and federal authorities have open investigations, will they coordinate? Generally, a corporation may find that preferable settlement terms are offered when government agencies compete to demonstrate public leadership. A settlement on relatively favorable terms might be achieved swiftly with one entity, possibly prompting others to abandon their investigations. If multiple government investigations seem unavoidable, however, then a corporation benefits the most from achieving a global resolution and ending the risks and distraction of defending disparate investigations.

In-house counsel juggle daily crises in the best of times, and confronting multiple investigations and lawsuits can stretch resources. Taking the time to identify underlying risks, evaluate opportunities, and pursue a deliberate strategy toward resolution will serve counsel well in such challenging situations.

By Adam H. Schuman is a partner in the New York office of Perkins Coie. Previously he was Chief Legal Officer of Standard & Poor’s Ratings Services, an Assistant U.S. Attorney in the Eastern District of New York, and Special Counsel for Public Integrity in the New York State Governor’s Office.