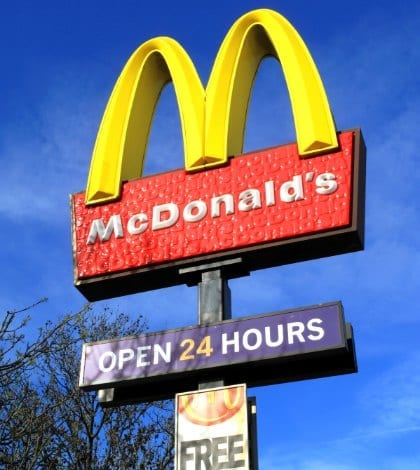 The general counsel of the National Labor Relations Board, alleging retaliation against employees who participated in union organizing activities, has issued complaints not only against McDonald’s franchise operations in several U.S. cities, but also against the company itself. The company is alarmed and maintains this action will “strike at the heart of the franchise system,” says an article in The Hill. The complaints, issued by NLRB general counsel Richard Griffin, accept union arguments that McDonald’s effectively controls key employee policies at its franchise restaurants, while the company argues its franchisees are independent operators. Appeals could eventually bring this case before the entire Board. What could be an even more important decision about joint employer liability from the NLRB, in the Browning-Ferris case, is expected to be announced any day.