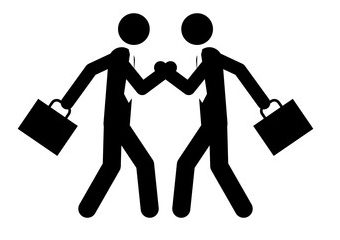 News accounts in most major outlets and many of the minor ones have been pretty scathing. One source pegs the story under the category  “revolving doors,” but that doesn’t quite get to it. It’s more like the door has stopped and two people are stuck in it. Or is it three? Something like that. In any case, it’s just allegations in a congressional report at this point. But it is a major report, and it comes with evidence and supporting documents from the House Committee on Oversight and Reform (it’s an “interim majority staff report”). The title cuts to the chase: “The Firm and the FDA – McKinsey & Company’s Conflicts of Interest at the Heart of the Opioid Epidemic.”

Chairwoman of the Committee Rep. Carolyn B. Maloney ((D-NY), in a statement posted on the committee website, says this investigation shines a spotlight “on the unregulated and secretive world of private consulting firms like McKinsey that create conflicts of interest by working for both the federal government and regulated industries. Today’s report shows that at the same time the FDA was relying on McKinsey’s advice to ensure drug safety and protect American lives, the firm was also being paid by the very companies fueling the deadly opioid epidemic to help them avoid tougher regulation of these dangerous drugs.”

The committee’s press release includes a link to the report. Among its allegations is that the company destroyed, or attempted to destroy evidence that it was in danger of being discovered in Purdue’s lawsuits, including by “putting presentations on a ‘neutral template’ without Purdue’s logo and only showing ‘hard’ or paper copies of presentations to Purdue. One McKinsey senior partner described the perceived benefit of the latter approach: ‘It will live only on our laptops and then we can delete.’”

McKinsey’s opioid problem is another in a series of problems related to questionable retentions (the first or among the first being its advisory work for Enron during the 1990s) that have battered the nearly one-hundred-year-old company that had been the gold standard for high-end corporate, government, and even some non-profit consulting, for decades. Pete Buttigieg, in his unsuccessful bid for a presidential nomination, was forced to explain his record of employment with McKinsey, almost as if he were being grilled about membership in “the party” a few generations ago. In the PR industry, it’s a real question whether or not it can recover, at least according to one writer, who reviews some of the company’s chain of missteps in the trade publication Better Marketing. “Will McKinsey age to a hundred having recovered its reputation and staying on top of its game,” he asks, “or will it become shunned by clients for fear of being associated with exploitative capitalism and the brightest minds manipulating the world for their own gains?”

McKinsey has posted a spirited rebuttal to the committee report on its website. Among its contentions are that the company’s work for the FDA “has focused on administrative and operational topics, including improvements to organizational structures, business processes and technology. We have not advised the FDA on regulatory decisions or on specific pharmaceutical products.” – Today’s General Counsel / DR