Skip to content
Cybersecurity » Med Equipment Fixers To IP: Get Out Of The Way

Med Equipment Fixers To IP: Get Out Of The Way 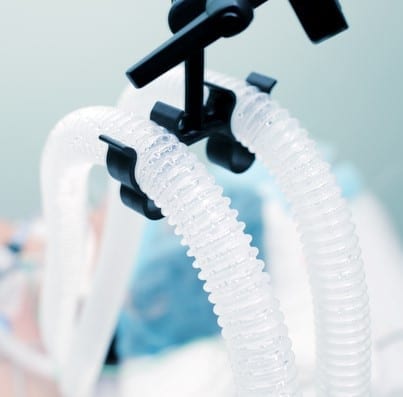 Hospital technicians and others in the medical field are pushing to expand “the right to repair” (something that’s been an issue in other sectors, like auto repair and farm equipment, for years) into the world of hospital equipment.  The major problem now is ventilators, in short supply in many areas of the United States and with demand likely to grow, literally exponentially, in the next few weeks as the result of the COVID 19 pandemic. One estimate is that U.S. hospitals will be needing between 26,000 and 56,000 additional ventilators. If this is even close to accurate it means that in many hospitals existing units are going to be running virtually 100 percent of the time, and maintenance and repair will be a big issue. A way to mitigate the problem, reports the online publication Motherboard, is taking shape on the website iFixit. While some manufacturers “heroically host service manuals for their equipment on their website,” says iFixit, many don’t, nor is there an alternative single source of information, and currently the closest thing to a central site for resources is a great one-man operation called Frank’s Hospital Resources run out of Tanzania. But a need for redundancy and the prospect of Frank’s being overwhelmed is leading iFixit to pursue its version of the project. According to another report in Motherboard, Frank’s is among the independent sources of information that have been issued cease-and-desist orders or have been threatened with lawsuits, while in Italy device manufacturers have threatened to sue makers of 3D printed parts for essential medical equipment being used to address the pandemic there. Ifixit says it needs help “from fixers everywhere, medical professionals, and biomedical technicians to make sure this is as robust, relevant, and useful as possible.”