No Bail For Airline Mechanic Charged With Sabotaging Plane 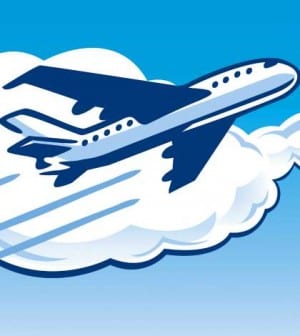 U.S. Judge Chris McAliley imposed pretrial detention for American Airlines mechanic Abdul-Majeed Marouf Ahmed Alani at a hearing in Miami federal court. The judge referenced evidence that Alani sympathizes with terrorists. The sabotage he stands accused of could have caused the plane to crash, but he is not charged with a terror-related crime. The evidence prosecutors presented includes an assertion that Alani has a brother in Iraq who may be involved with the Islamic State group, and statements Alani made about his desire that Allah would use “divine powers” to harm non-Muslims. Alani is a naturalized U.S. citizen who has worked as an airline mechanic for 30 years. He has no prior criminal record. He told agents after his arrest that, “Out of my evil side, I wanted to do something.” When he was arrested he said he’d sabotaged the plane because labor negotiations were jeopardizing his chances at earning overtime. The aircraft did not take off, and Alani did work overtime to help fix the plane. His attorney says he knew the sabotage would keep the aircraft from taking off and, even if it did there are redundancies built in that would have kept it safe.