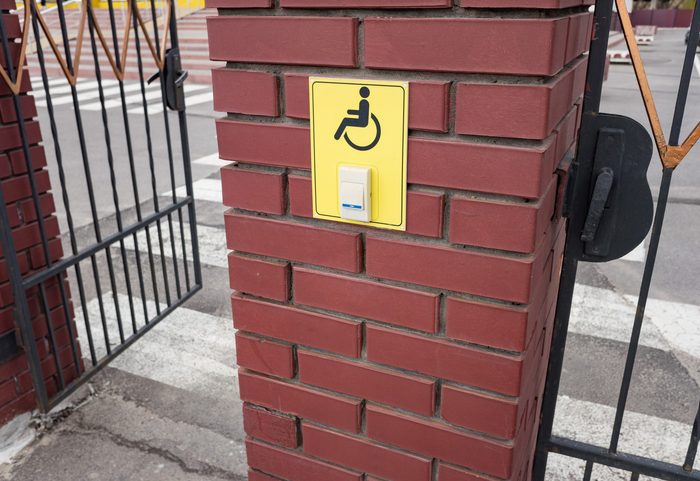 A wheelchair-bound man who lives in a residential neighborhood of Oakland, CA., has filed more than 180 American with Disabilities Act lawsuits. A feature article in the New York Times magazine begins with a question: “Is it profiteering – or justice?”

The man is said to have voluntarily halted his filings during the pandemic out of empathy for struggling small business and restaurant owners, but other plaintiffs mentioned in the article have not. One man, from March to December 2020, filed 56 cases. Another man, during the same time period, filed 303 cases. All the filings were in the Northern District of California.

The state of California, explains writer Lauren Markham, has proven to be fertile ground for ADA lawsuits for good reason. The federal Americans With Disabilities Act allows for the award of attorneys’ fees but not damages, whereas damages mandated in versions of the ADA that have been passed in many states can be substantial. California’s in particular, called the Unruh Civil Rights Act, allows for damages of up to $4000 – and that’s for each time a plaintiff encounters a barrier, with a claim possible for the same alleged infraction over multiple visits.

Notwithstanding the article’s opening question – “profiteering – or justice?” – its slant probably tilts toward the former, as do the majority of nearly a thousand reader comments. But the narrative is not without sympathy for the plaintiff position. The article also notes that when the law was passed, under the administration of George Bush senior, the decision was made (“in response to right-wing resistance to expanded governmental reach,” according to Markham) to leave enforcement to plaintiffs in the courts, rather than set up an agency analogous to Drug Enforcement Administration or Immigration and Customs.

Essentially, says Markham, under the system that has evolved, plaintiffs are acting as enforcers of a law that defendants and defense lawyers have told her is needlessly destructive, of small businesses in particular. “If the federal government truly prioritizes disabled people’s needs, defendants and lawyers told me, perhaps it should help offset the costs for small businesses to improve their accessibility,” she writes. “At the very least, they said, city and county building inspectors should be better versed in the A.D.A. and ensure compliance upon inspection, thereby taking some of the burden off the disabled to act as enforcers.” – Today’s General Counsel / D.R.