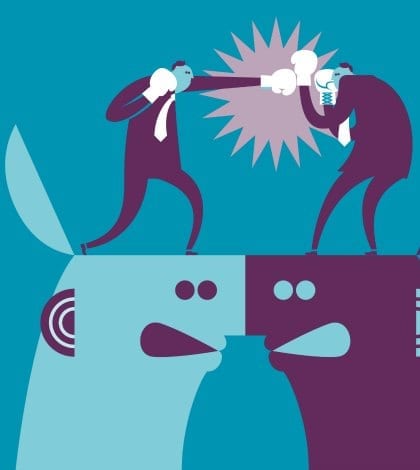 Oracle VP Ken Glueck has posted a statement questioning the motives of Microsoft, IBM, and the CCIA industry group, all of which have publicly supported Google in its fight with Oracle over a set of Android APIs. The case is heading for the Supreme Court for the second time next month. Google has argued that calling its work copyright infringement would hurt software interoperability, saying that it copied elements of Java to support Java developers building apps for Android. Two groups — an interdisciplinary panel of academics and the American Conservative Union Foundation — recently submitted legal briefs supporting Oracle. Their position is that Google should be liable for copying code from the Java language for the Android operating system. The ACUF argued that protecting Oracle’s code “is fundamental to a well-ordered system of private property rights and indeed the rule of law itself.”  According to Glueck, Google’s high-profile backers have questionable motives or “parochial agendas.” They were either working closely with Google, or had their eyes on Java.  Google backers including the Electronic Frontier Foundation and the Center for Democracy and Technology signed on to amicus briefs last month raising fundamental concerns about Oracle’s position. So did several prominent tech pioneers, including Linux creator Linus Torvalds and Apple cofounder Steve Wozniak. The Supreme Court hears oral arguments on March 24th.