Who Owns The Rights To Ellen’s Oscar Selfie?

During the Oscar ceremony Sunday, host Ellen DeGeneres gathered a pack of Hollywood elite together for a selfie, and the photo quickly became the most retweeted image ever, crashing Twitter and replacing the record previously held by Barack and Michelle Obama. DeGeneres granted rights to the image to the Associated Press, but conversation among savvy IP minds continued: Is DeGeneres really the copyright owner, or could others assert ownership?

If only Bradley's arm was longer. Best photo ever. #oscars pic.twitter.com/C9U5NOtGap

DeGeneres arranged the photo, asked actor Bradley Cooper to take the shot, and published the image to Twitter. But Cooper has a strong case as he actually took the shot, and a pack of media-savvy celebs accustomed to tightly managing their respective images were included. The Academy of Motion Pictures Arts and Sciences may even have a claim, as DeGeneres was there in her capacity as an employee.

Twitter’s Terms of Service gives some insight. They claim: “You retain your rights to any Content you submit, post or display on or through the Services.”

But AP was right to get permission for the photo, even though it was distributed worldwide via social media. In last year’s Agence France-Presse v. Morel decision, a federal judge awarded a photographer $1.22 million after his image of the earthquake in Haiti was taken from TwitPic, misattributed, and used in newspapers worldwide. The copyright owner does not give up rights, even if the image is distributed publicly via social media. 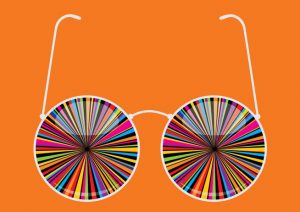