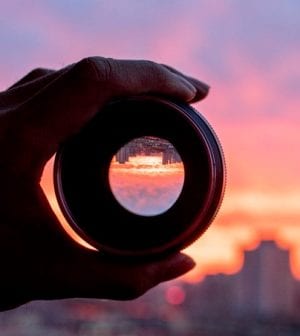 A Kansas City photographer has sued a law firm, claiming it used his copyrighted work on its website without permission. The Kansas City Business Journal reports that before filing suit in federal court, photographer Eric Bowers of Kansas City, Kan. had contacted the law firm regarding the alleged infringement on four separate occasions, “attempting to settle the matter amicably,” but the firm did not respond. The work at issue was a color-enhanced image of the Kansas City skyline that Bowers had edited together from a number of his photographs. The law firm, which concentrates on personal injury and family law, is said to have used a blurred version of the work as background to text promoting its services. That lawsuit was filed in October. Earlier this month Bowers filed a second law suit with a similar fact pattern, this time against a medical device company. Again, before retaining a lawyer and filing suit in federal court, Bowers is said to have contacted the defendant a number of times in an attempt to “resolve the situation for a minimal expense,” but to no avail.